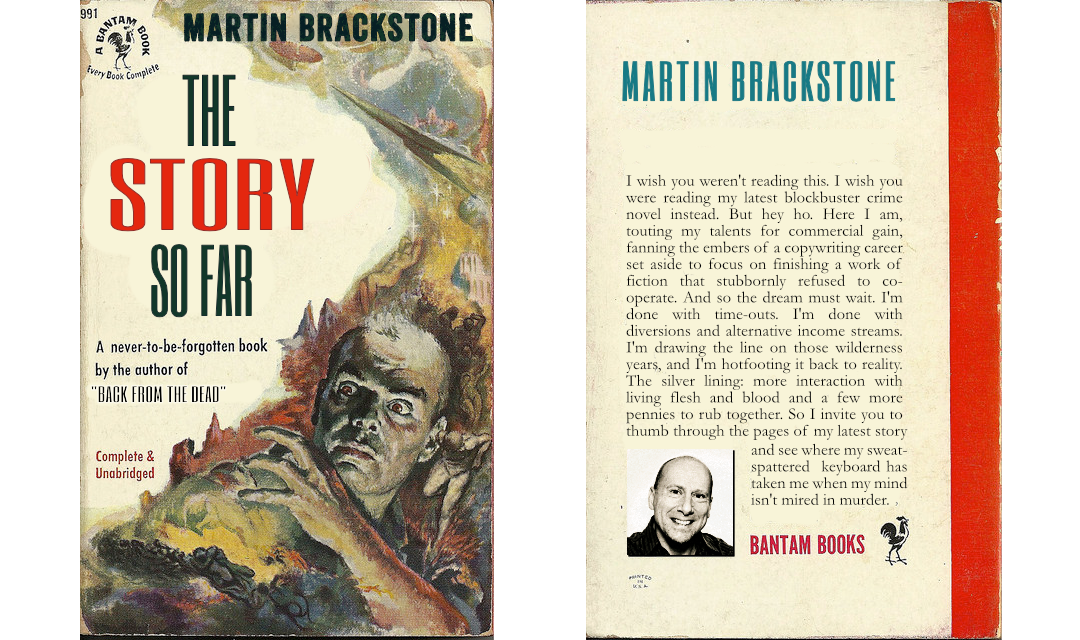 Several moons ago I took a break from copywriting and put my heart into making it as a crime novelist. A shortlisting for The Crime Writers Association Debut Dagger Award opened the door with a London agent. All I had to do was deliver a finished manuscript. Alas, it eluded me. Some day I’ll take another shot at it, but right now this gun’s for hire.

Maybe one day I’d pen something that brilliant – and for a bigger client than the Alder Valley Bus Company. But we all had to start somewhere.

I learned my craft on the job. From the people I worked with, from reading Ogilvy on Advertising and Alistair Crompton’s The Craft of Copywriting, and from immersing myself in the ad culture of the day.

At agency number two, I learned that Every ad should have an idea and discovered the synergy of working in a creative team with an art director.

We set our sights on landing a job in London.

It took a while, but persistence paid off. We were hired by Ted Bates (UK) – a big agency name back then, whose founder Rosser Reeves is credited with inventing the Unique Selling Proposition.

Our first brief was a poster campaign for Benson & Hedges Mild 100s. My art director flew to Austin, Texas to work face-to-face with our chosen illustrator; I stayed in our Soho Square office and wrote some radio scripts.

We both learned a lot in those first few months. The department had joint creative directors. Which meant we each picked up nuggets of pure gold that live with us to this day. My favourite: Are you trying to be clever or are you telling me something?

Before long we were in our stride. TV commercials for Kit-E-Kat and Matchbox Cars (the latter shot by an upcoming maverick director named Tony Kaye). Radio for DHL. TV and press for Calgon water softener. Pitches for Foster’s lager and Milky Way…

And in an alternative universe, this is where my copywriting career really took off and a string of lucrative job offers and creative awards followed.

Instead, for family and health reasons, I took a different fork in the road and left London behind.

I’d only been in The Smoke for two years, but the experience had changed me for ever. I joined an established but small ad agency down South and set about ushering in a new chapter of creativity.

In my five years there, I won the only advertising award of my career to date, and created a memorable multi-media campaign I’m still proud of today – for the regional motor dealership Hendy Ford.

After a couple more spells with ad agencies, I went freelance.

Things picked up pretty fast. I became the go-to copywriter for a couple of local agencies with a bunch of great clients. For several years I was the creative wellspring for aftersales campaigns for Volkswagen, Audi and Volvo.

And in between the day job, I was working on becoming the next Michael Connelly.

A career-refocusing course I did earlier in 2016 posed the the question: Turn the tables on the recruitment process by writing a job ad for your ideal career. Imagine you’re advertising to hire an employer, or your own business. Who / what are you looking for?

I found it a worthwhile exercise and decided to include my response here. 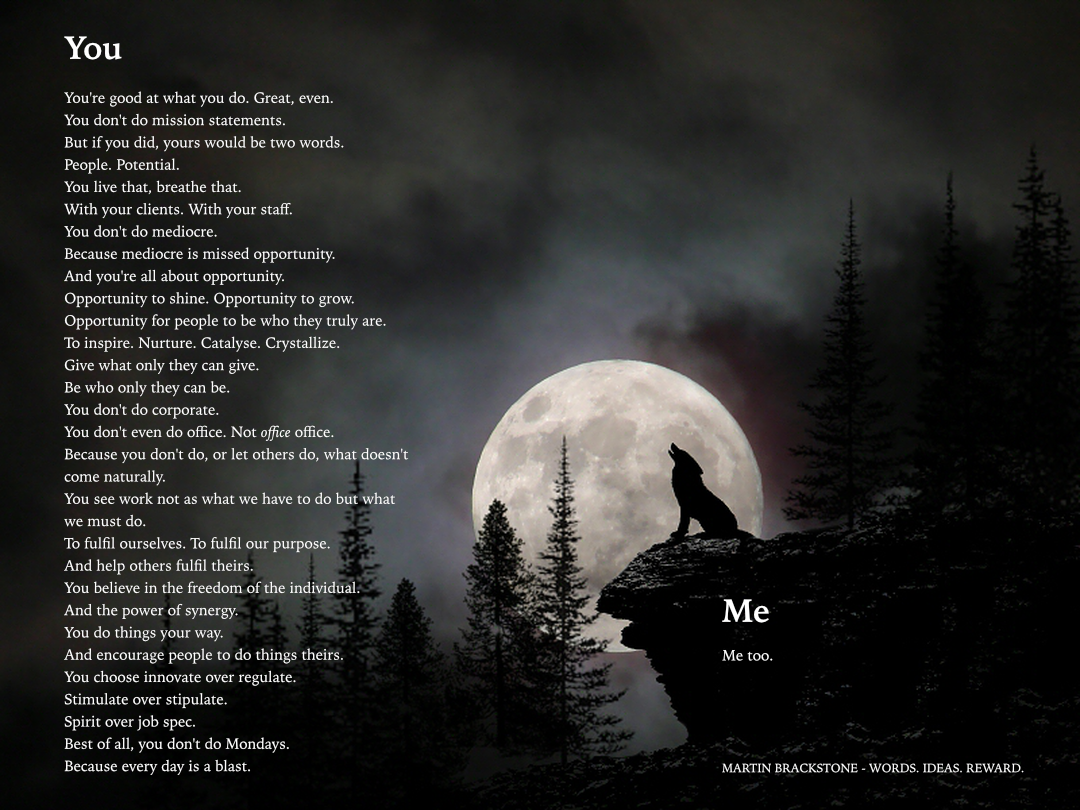